Back to Latest News

Last updated: 22 June 2022
The Queen’s Platinum Jubilee has given the British people a chance to celebrate, from the phenomenal Pageant Parade in London to village Jubilee events around the country.

In Dunnington a main street was closed and picnic rugs, tables and gazebos sprang up on the village green. From Extreme Zorb Football for teens to an escapologist in chains on a ladder, and from a very popular dog show to drinks in a be-flagged garden…what more could you ask on a sunny afternoon?

Celebrations are good. They bring people together in a spirit of goodwill. They bring out our creativity and our unity behind a good cause.

That’s why the York 50+ Festival has flourished in our city since 2005 giving older people a chance to celebrate with younger people, to share events and skills, enjoy meeting other people with similar interests and to take up new hobbies for the rest of the year. The festival spans generations, refreshes and revitalises, gives us something to look forward to and memorable events to engage in.

There was a slight pause during Covid but, once released from the threat, over 80 events took place last year, in person and online. Thanks to festival sponsors, the Later Life Hub, Harrowells and The Foresters, the organisers from YOPA (York Older People’s Assembly), distributed thousands of programmes around the city and the festival came as a breath of fresh air to so many older people who had been isolated during the pandemic.

1st October, International Day of Older People, is coming round again and is at the heart of the York 50+ Festival. If you or your group or organisation has a regular activity or one-off event or taster session that you could offer in the festival, now is your chance to be in the programme. The deadline for inclusion is Sunday 24 July.

You will find the event forms, and business forms for advertising, on the YOPA website. 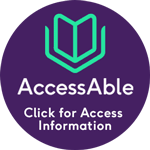